Our old kitchen was quite small and poorly organised. Part of the kitchen was formed from the coal shed from the original house. It was poorly insulated, very cold and dark. The kitchen also needed modernising. However, we knew that the building needed an overhaul before fitting a new kitchen. The existing layout meant that we had to spend time in separate rooms rather than together as a family. We also had a dining room that we rarely used which felt like a wasted space. We wanted a family room where we could combine cooking and living. Our garden backs onto a school playing field which often left our garden waterlogged. We also needed an overhaul of the drainage system.

One of the reasons we bought the house was because it isn’t overlooked at the back of the property. We wanted to be able to utilise this to create a large space where we could be together as a family. We also wanted to have bi-fold doors to create a sense of the garden being an additional room and to make the most of the view. 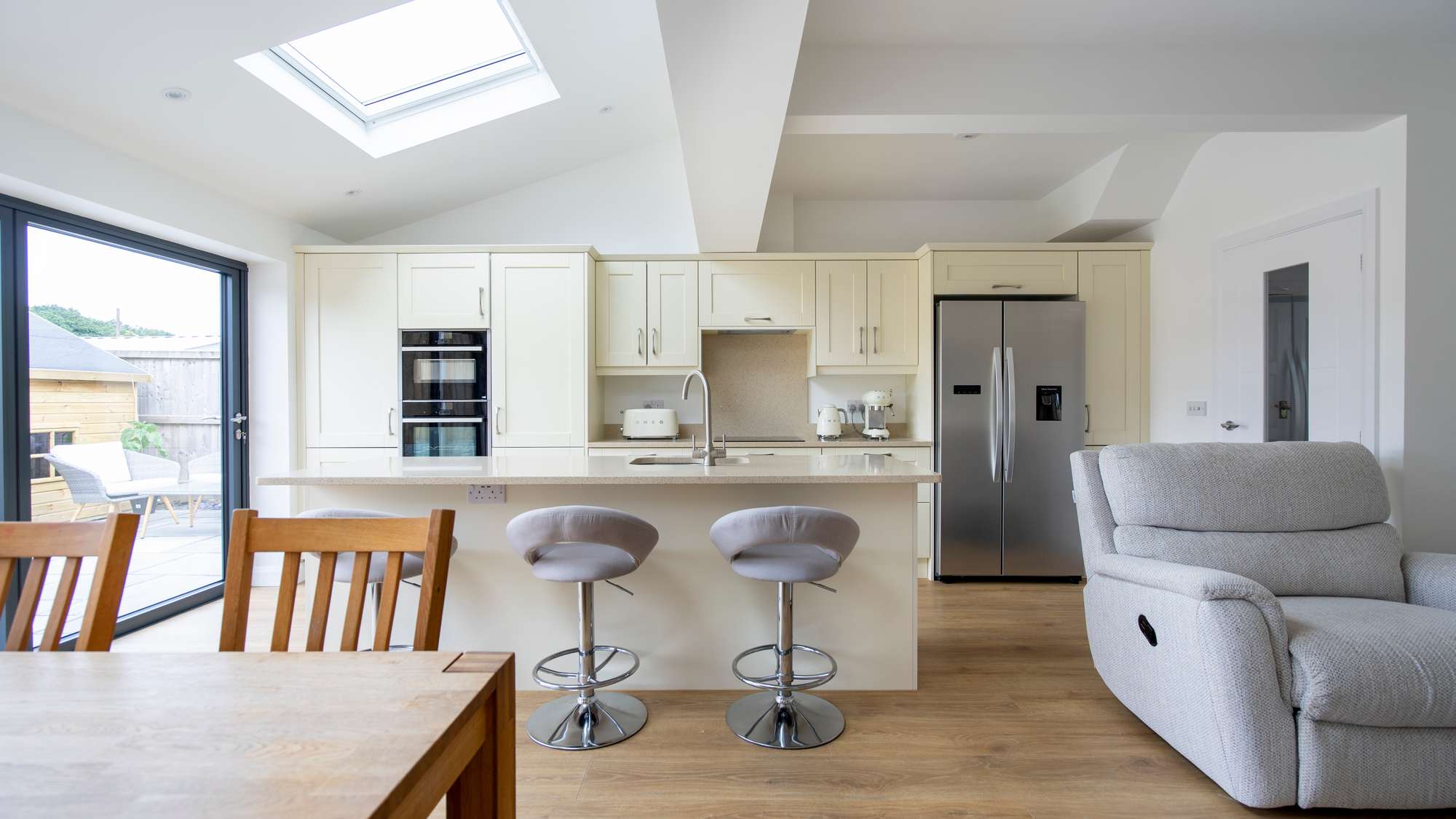 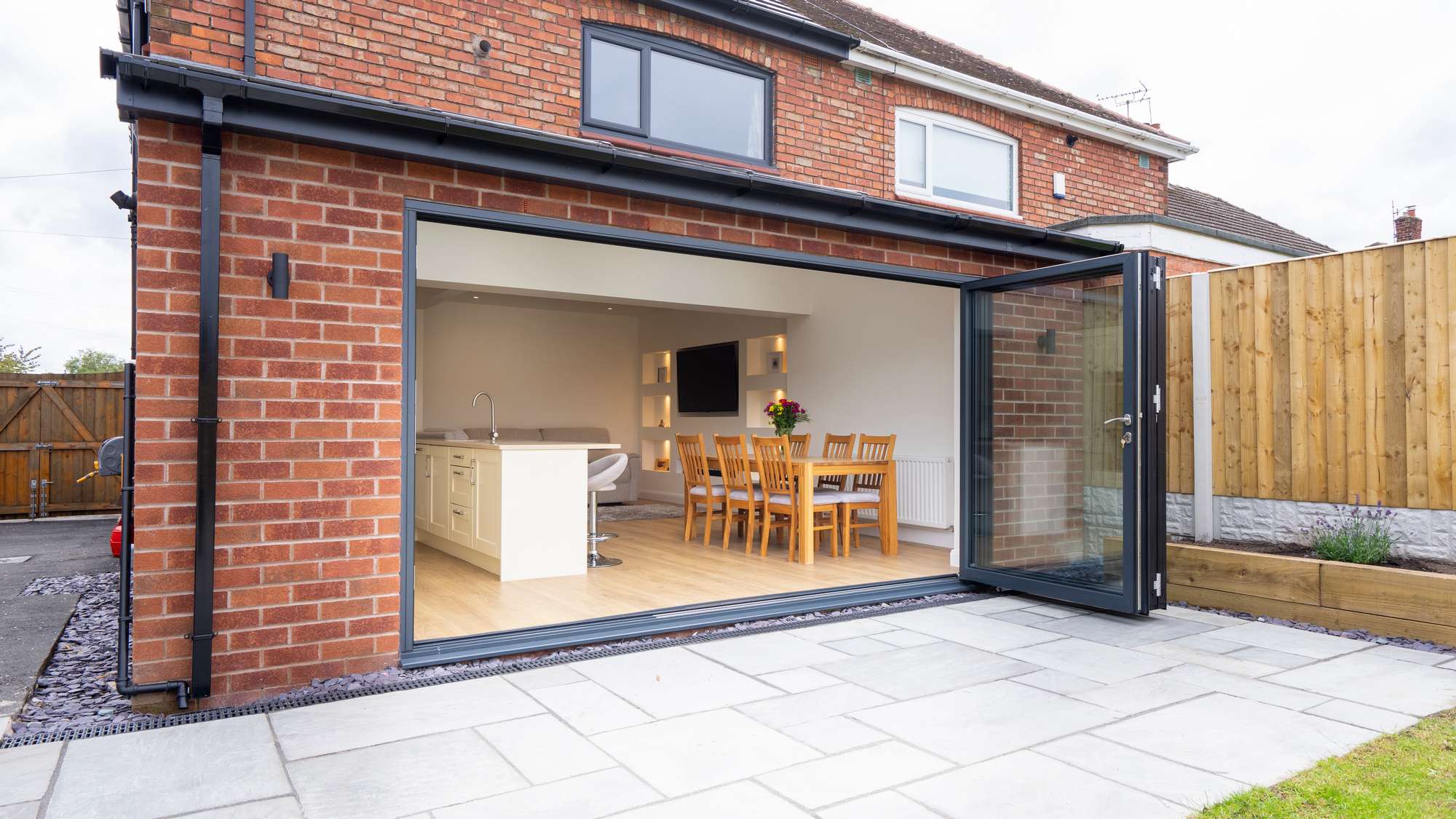 We had spent years looking at OPB’s website and had always admired their work. Paul also came highly recommended by a friend. When the time came for us to go ahead with planning our own extension, we decided to use OPB’s partner links from the website. Paul arranged an initial visit for us to discuss our general ideas and we then proceeded on getting plans drawn up with KJP Architecture. We discussed the possibility of also building to the side of the house. Paul discussed the work involved with the different builds which helped us to make our final decision. Once we had decided our final plan, Paul continually discussed possible options with us. For example, there was the option to move the main steel higher, but this would have meant having to take up the flooring upstairs which we chose not to do. We discussed that we wanted to install a downstairs W.C. at some point so Paul suggested future proofing this and we now have the pipework in place for when we do this. Also, we were unsure of where to place our television. Paul showed us some examples of work and when we saw the media wall, we knew that was what we wanted. It also meant that we could remove part of the old chimney breast which created straight lines and complemented the build as a whole.

Paul’s quotes were very thorough and covered every detail. It included costings for everything and also outlined anything that wasn’t included. For additional changes, such as the removal of the chimney breast, Paul always advised us on the costs and gave us a range of options. We felt fully informed about costing throughout the whole process.

Paul organised a range of trades for us from electricians, plasterers, plumbers and roofers. This, for us, was one of the reasons we wanted OPB to complete our work. Firstly, it took pressure off us to try to source and manage different trades. Secondly, as Paul organised this, it was organised meticulously and ensured that no time was wasted. We wanted to replace the boiler and also move its location. Paul was able to recommend a plumber to do this as well as the kitchen work. We were also able to ask Paul if he would be able to recommend anyone for our bi-folds and kitchen. John Knight supplied our bi-fold doors and Imperial kitchen supplied our kitchen. Both of the companies had worked with Paul which was great as they were able to liaise directly. We were also delighted with the result from all of the recommendations. 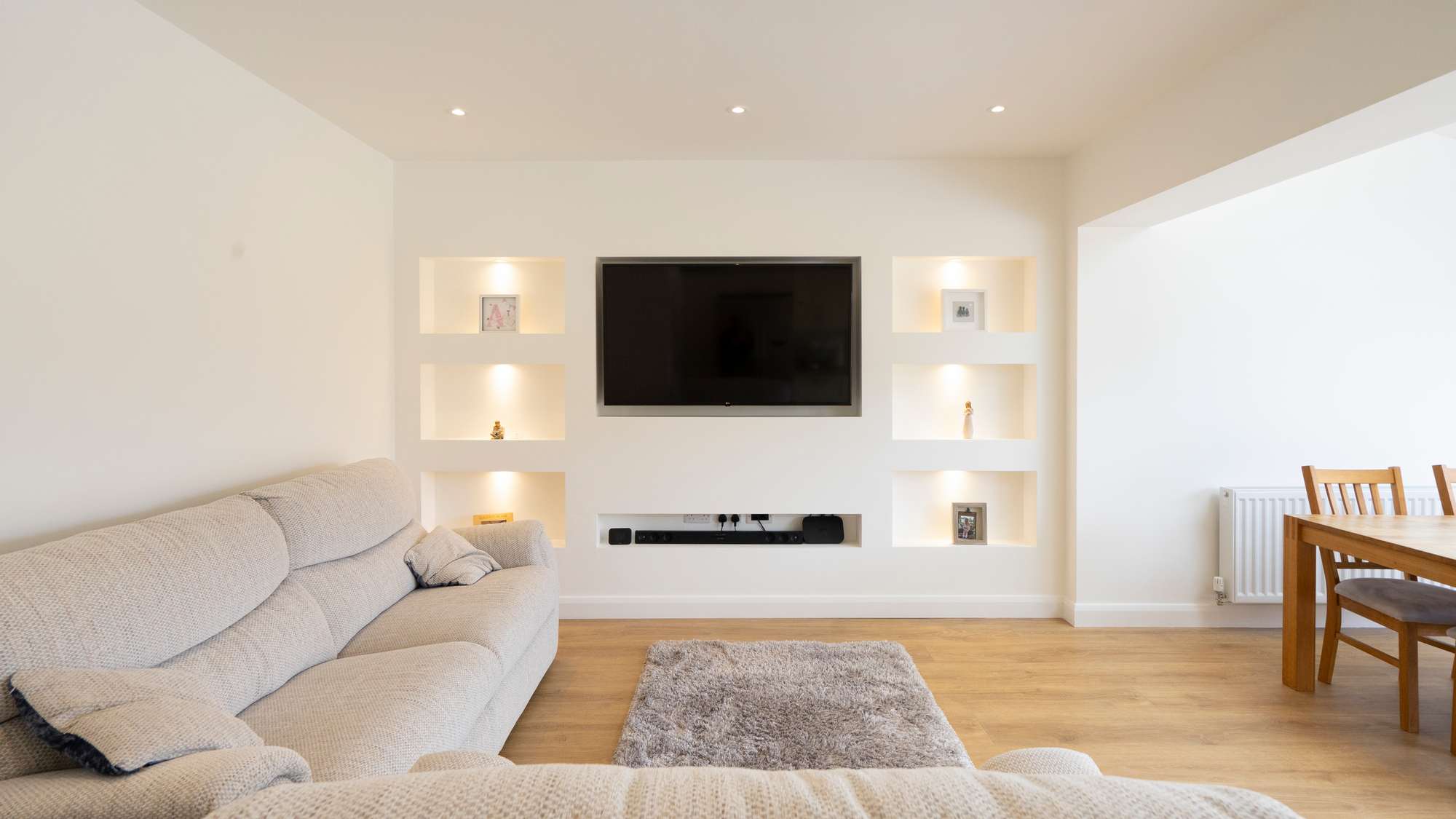 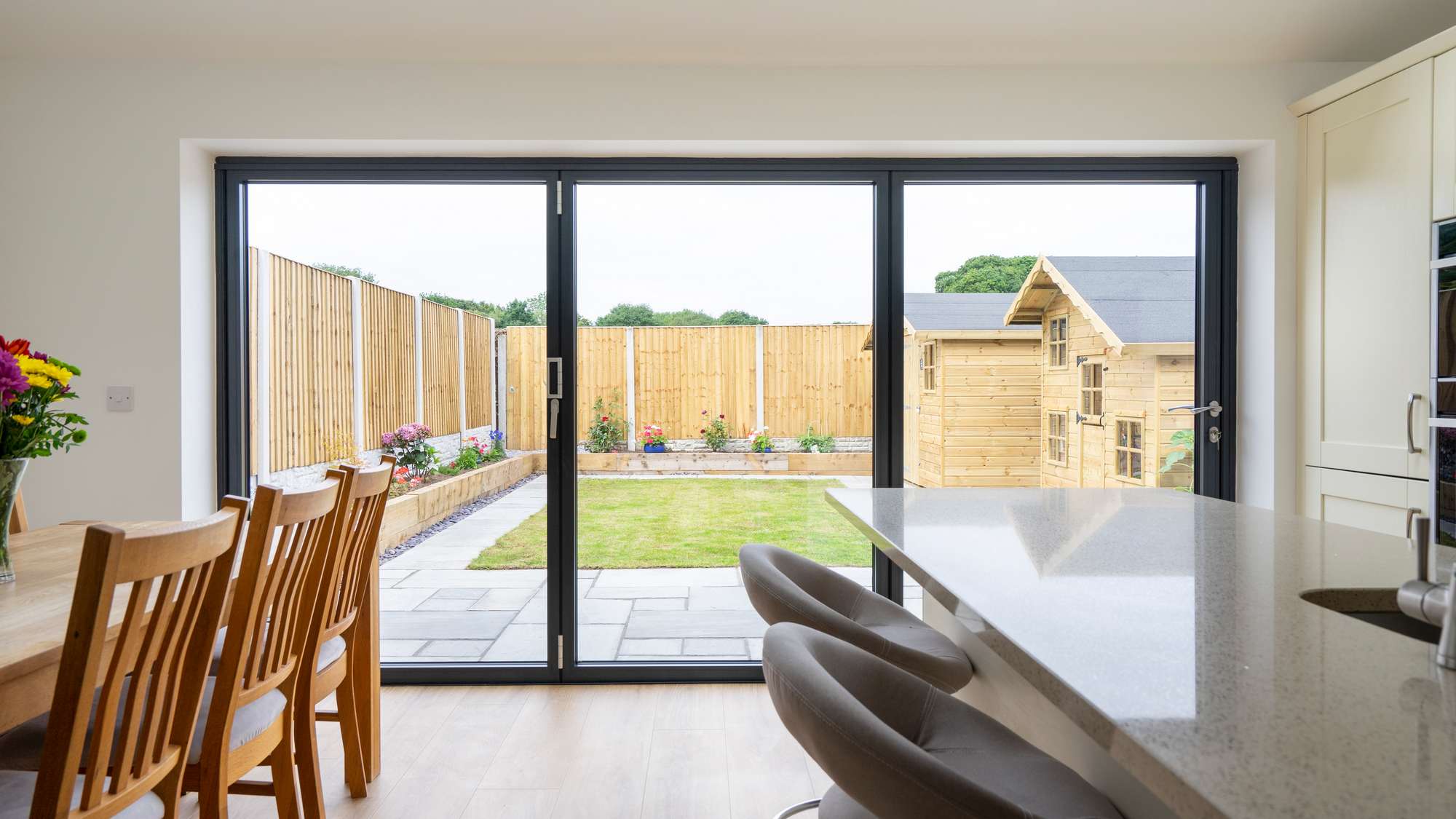 Paul and his team were fantastic. They were reliable, hardworking and friendly. They even regularly asked our next-door neighbour is she needed help to carry her shopping. We have received many comments from our neighbours complimenting the way in which the work was carried out. They always left the site immaculate at the end of every day.

We needed to get a new roof on the property and, as we were adding an extension, we wanted the roof tiles to match. Paul was able to organise the same roofing company to supply the roof for the house and extension. This has been highly effective and has created a polished finish.

We are absolutely delighted with the end result. It has exceeded our expectations and has really changed our lives. It has changed the way we live in the house and the way we spend time as a family. It is clean and bright. The brickwork of the extension is exceptional and has received many compliments. The media wall has been a great focal point. During the summer, having the bi-fold doors open feels like being holiday. Every day we come into the room we are still taken aback by the end result.

Having heard experiences from friends having work completed by other companies, we truly feel lucky to have had OPB on board. From the outset, we felt informed and involved. More importantly, we felt as though we could trust Paul. Paul’s ability to drive the project and his desire for perfection, leads to outstanding outcomes.

We would highly recommend OPB to anyone. We would not consider anyone else if we needed any further work to be done. We can’t thank them enough. 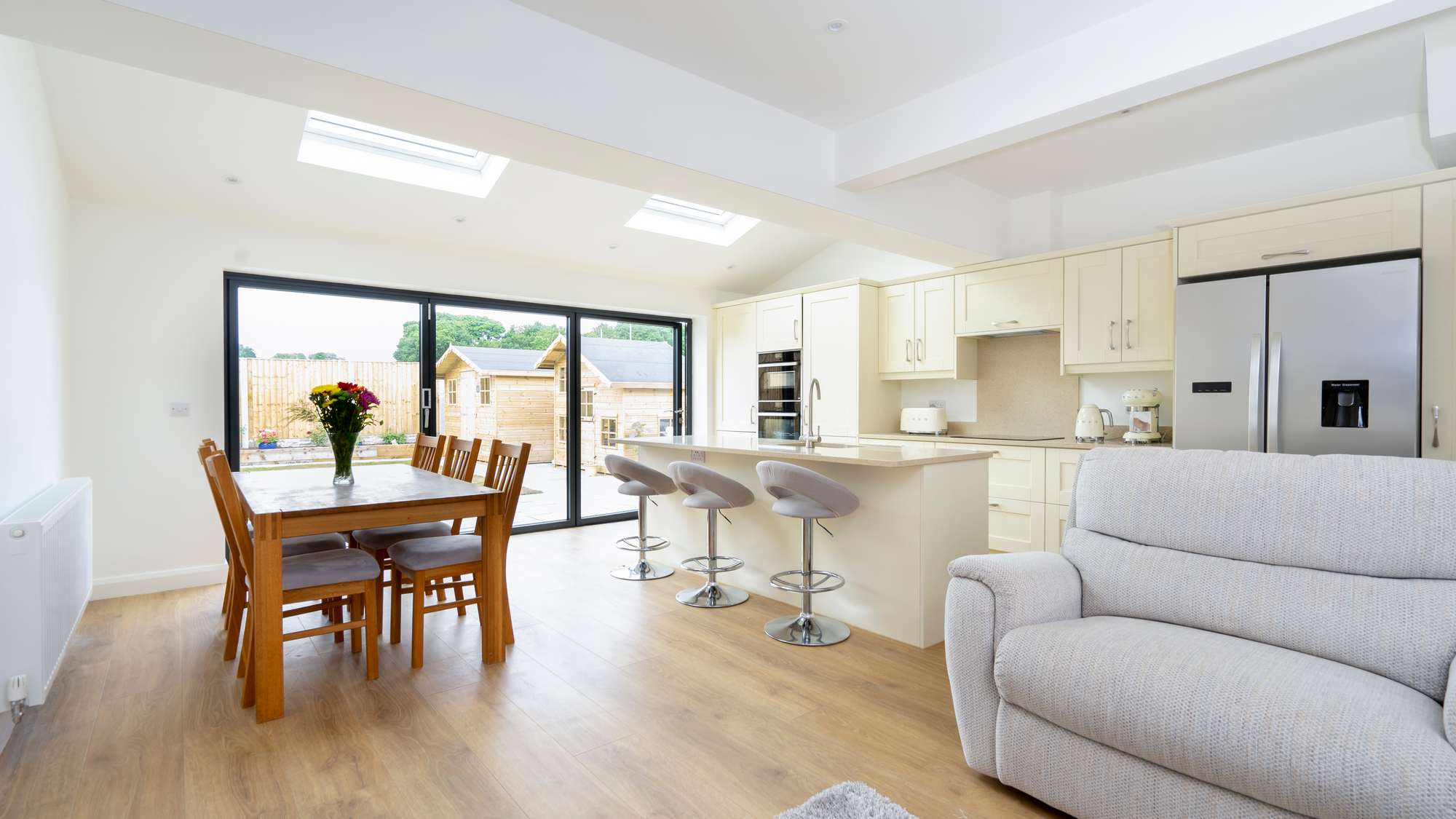 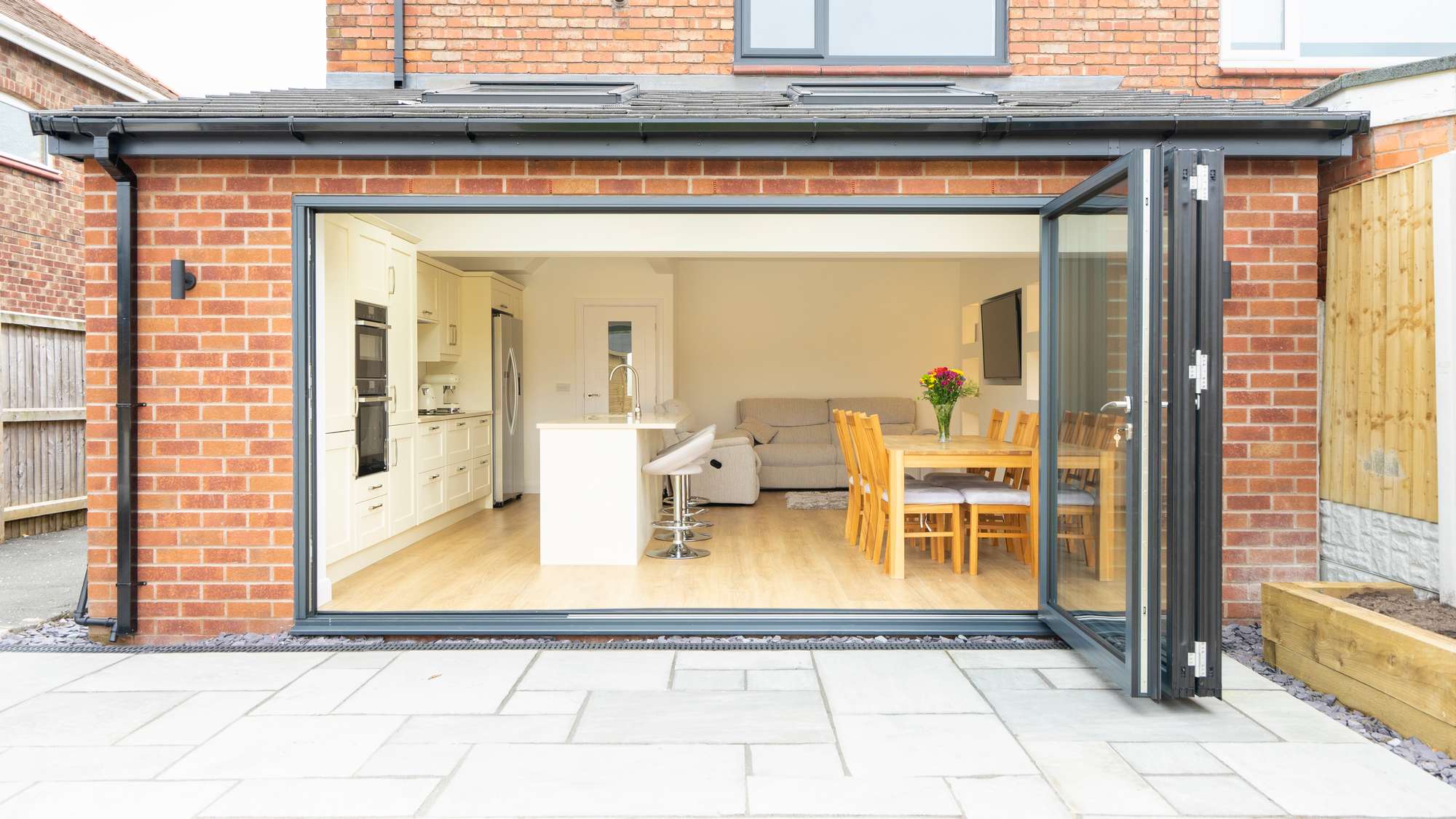 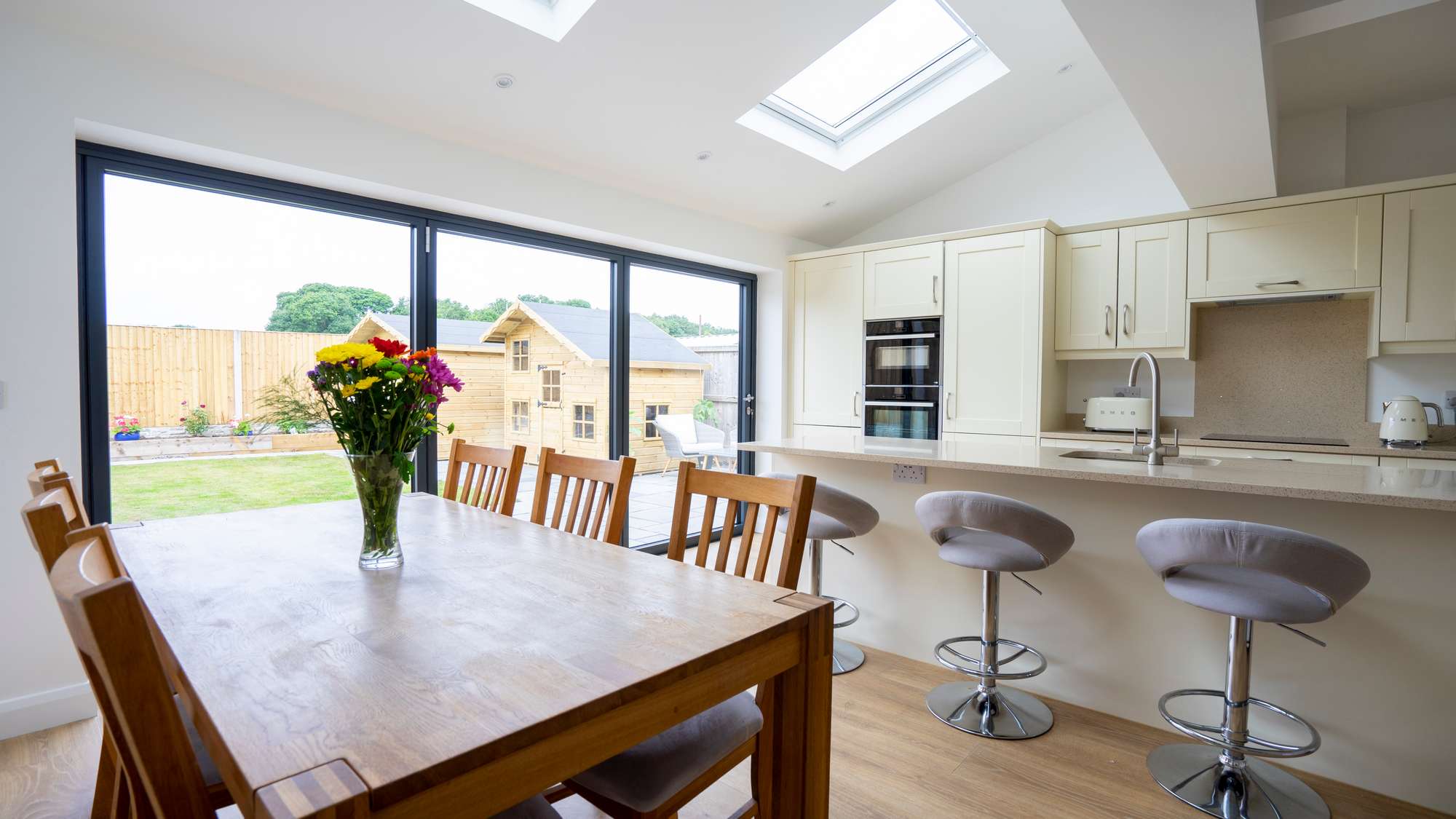 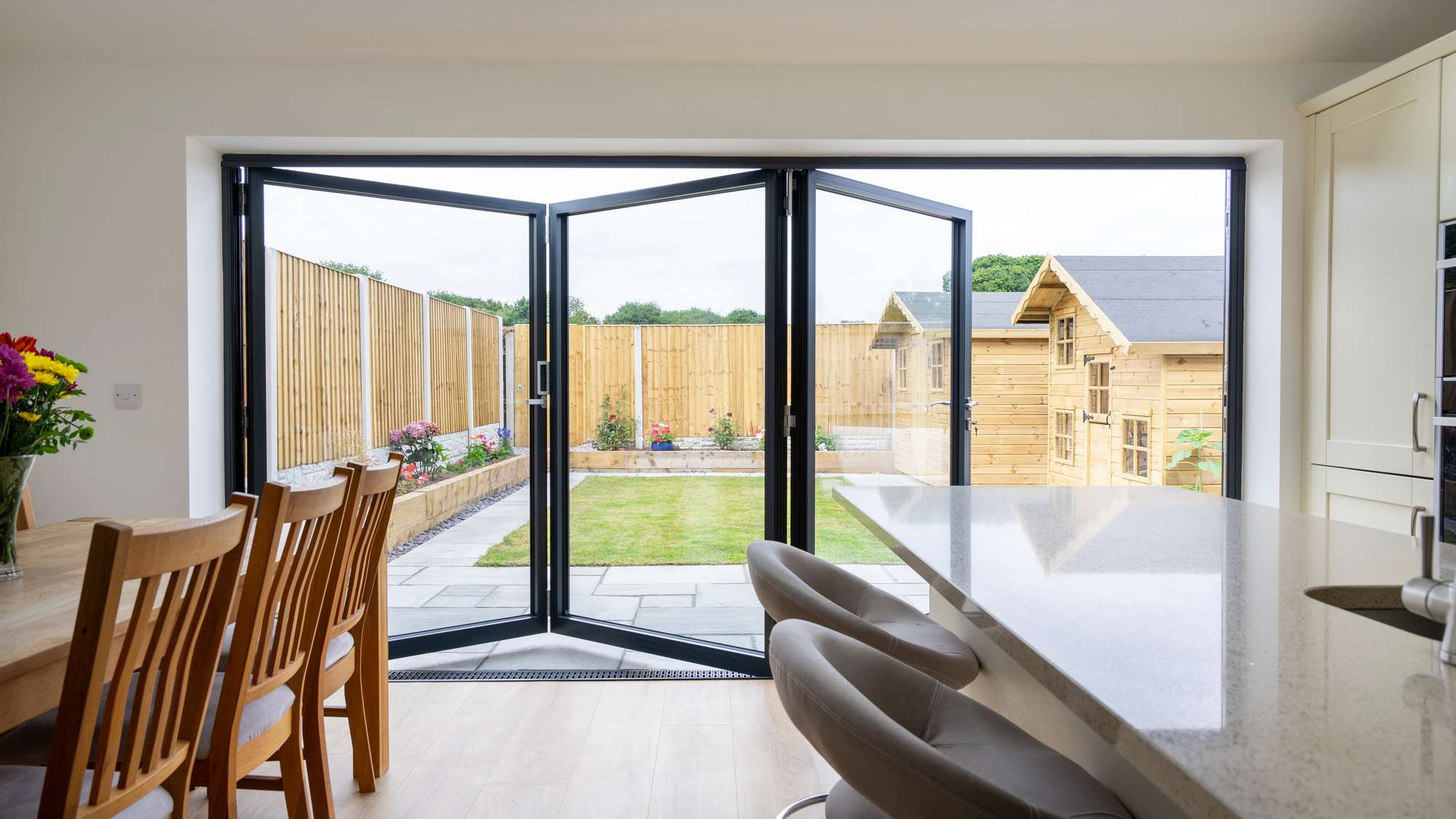 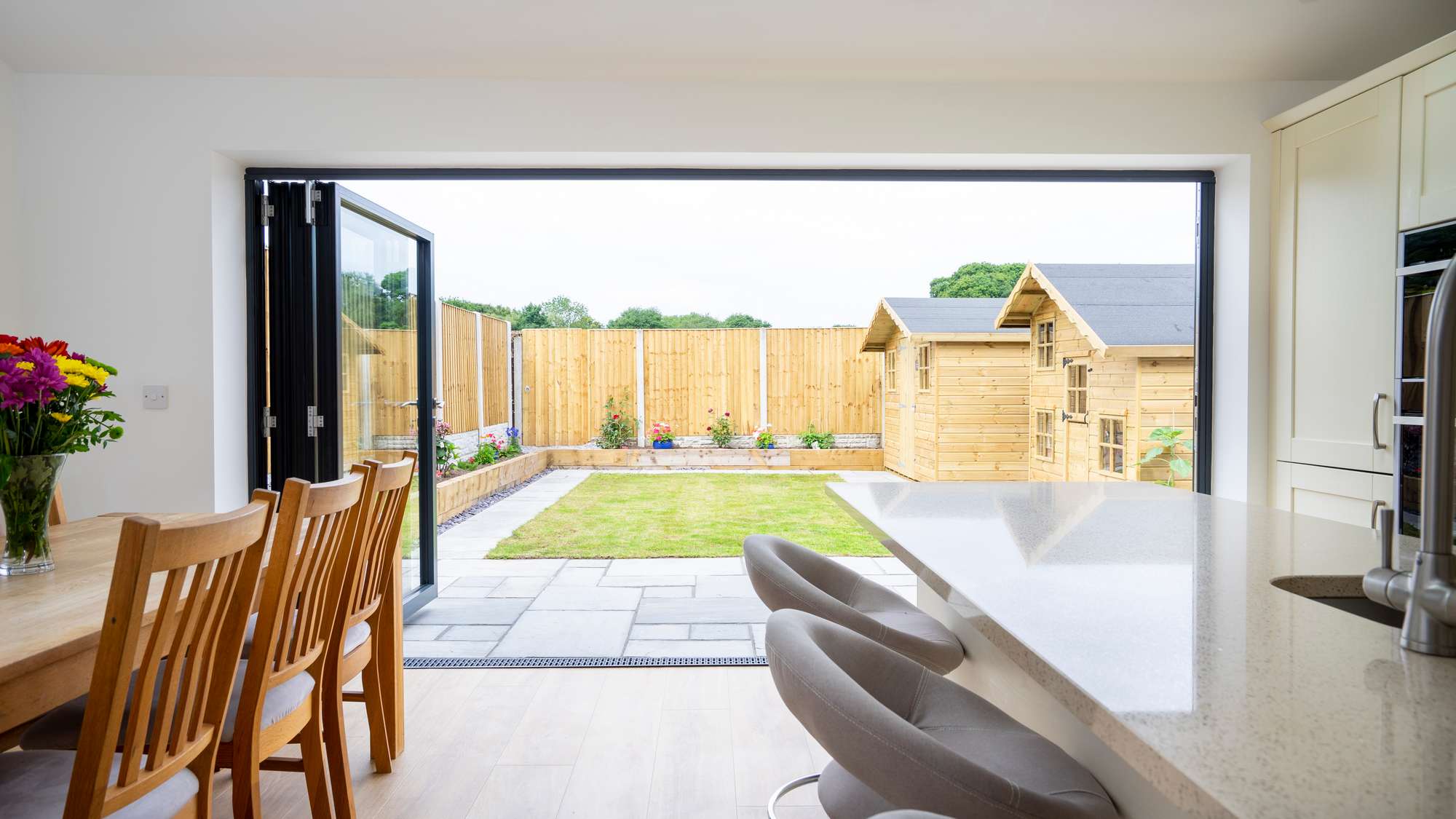 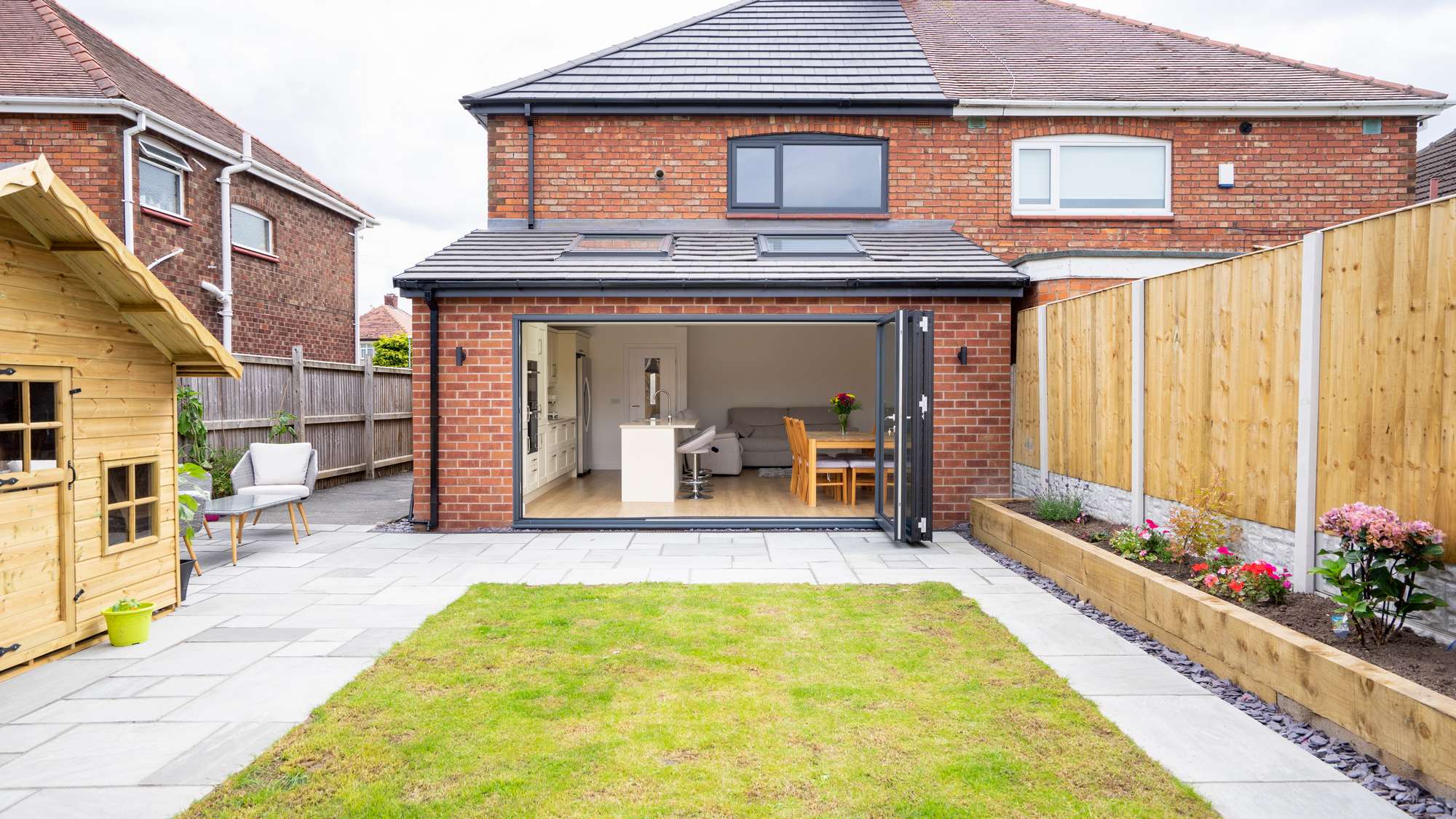 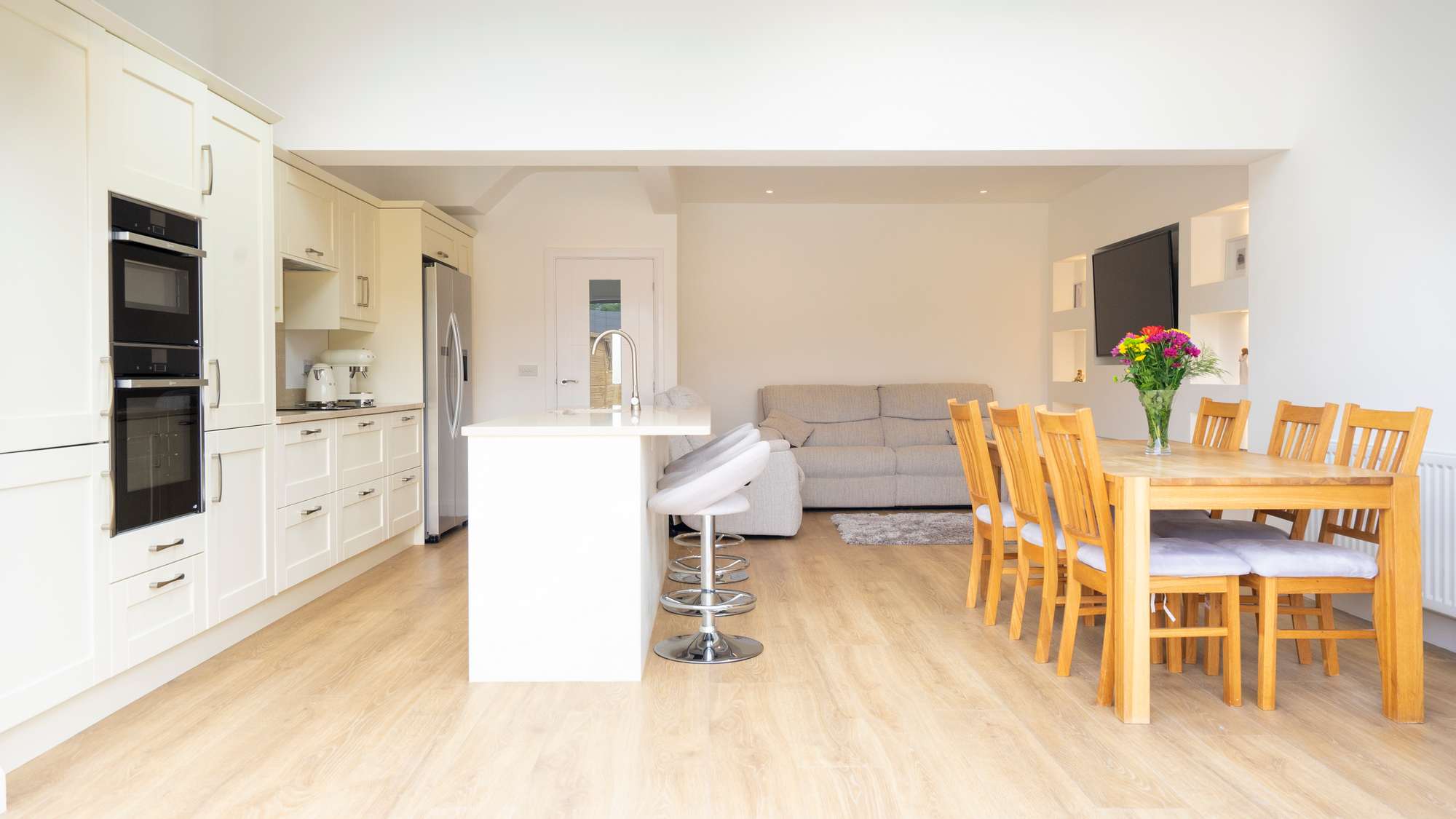